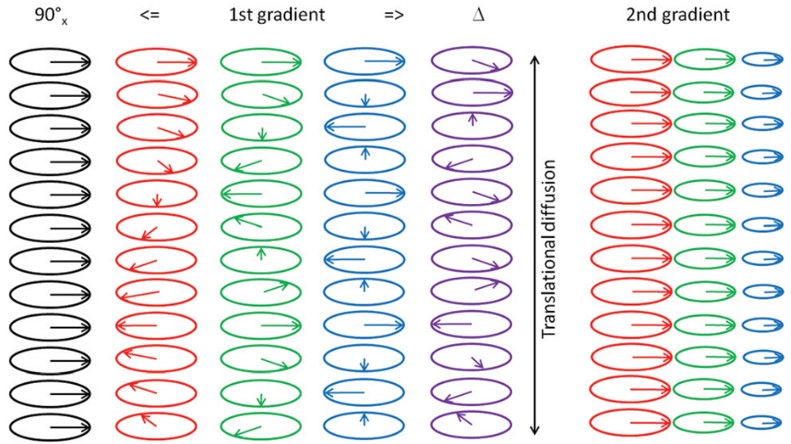 You will read here about Diffusion Ordered SpectroscopY (DOSY) or diffusion NMR spectroscopy. DOSY can be best described as size-resolved NMR spectroscopy, a convenient and non-invasive method to extract sizes, and in special cases molecular weights, from samples. The technique is relatively unexplored by most NMR users, although it can prove to be a very valuable addition to the repertoire. In this paper, an introduction to DOSY is provided, as well as a presentation of the power of diffusion NMR.

Diffusion NMR is based on the principle that different-sized molecules possess different diffusivities. This permits vertical separation of molecules by their diffusion constants in a 2D NMR spectrum. Heavier molecules diffuse slower, and thus possess smaller diffusion constants than lighter, smaller molecules. As an example, Morris and Johnson, co-inventors of the DOSY technique, mixed tetraethyl ammonium (TEA) chloride and sodium dodecyl sulphate (SDS) in D2O.1 In a regular 1H NMR spectrum the resonances of these species would overlap, whereas in the diffusion dimension TEA and SDS are clearly separated due to SDS micelle formation.

How does DOSY work?

DOSY when applied to polymers and oligomers, relies on the attribute of linear polymers whereunder dilute conditions, an exponential relationship between diffusion and molecular weight can be determined. The simplest version of the process, in short, entails magnetizing samples with a pulse (90°x) causing them to be oriented in a corkscrew-like pattern. Then, a Pulsed Field Gradient (PFG), which is a short radiofrequency electromagnetic pulse with spatially varying intensity, is applied. The PFG encodes the position of the nuclei in the sample in the magnetization of the spins. After the molecules in the sample are given some time to diffuse a 180°x pulse is sent through the sample and subsequently an inverted PFG is applied. This PFG decodes the spatial information stored in the magnetization of the spins. When a molecule does not diffuse between the two pulses, the resonances of spins belonging to this molecule will fully retain their intensity. However, if the spin does diffuse during this time, the signal’s intensity will be diminished in accordance with the amount of diffusion. Finally, the molecular weight of the polymers in the sample is estimated with the new-found diffusion coefficients.

At Spark904 we have performed extensive experiments with Diffusion-Ordered SpectroscopY (DOSY) as an addition to the toolbox for polymer analysis. Compared to commonly used technique SEC (size exclusion chromatography), DOSY NMR serves as a more compact, time-efficient and cheaper alternative for determining the molecular weight of linear polymers. Our aim is to use a multitude of natural and synthetic polymers to compare common techniques in polymer science such as, SEC, MALS, MALDI and ESI to DOSY NMR in order to determine if and when DOSY is the way to go.

Looking for a fast technique to characterise a biobased or synthetic polymer?

If you are interested in using this NMR technique for polymer analysis, talk to us today. Our researcher Arthur Scheerder has set-up calibration curves and algorithms that help us collect and analyse data to determine average molecular weights within a few hours.

What this post is about Here you will read about the spark ablation technology...
Read more 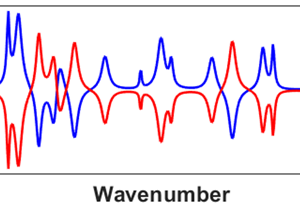 What this post is about You will read here about vibrational circular dichroism (VCD)...
Read more 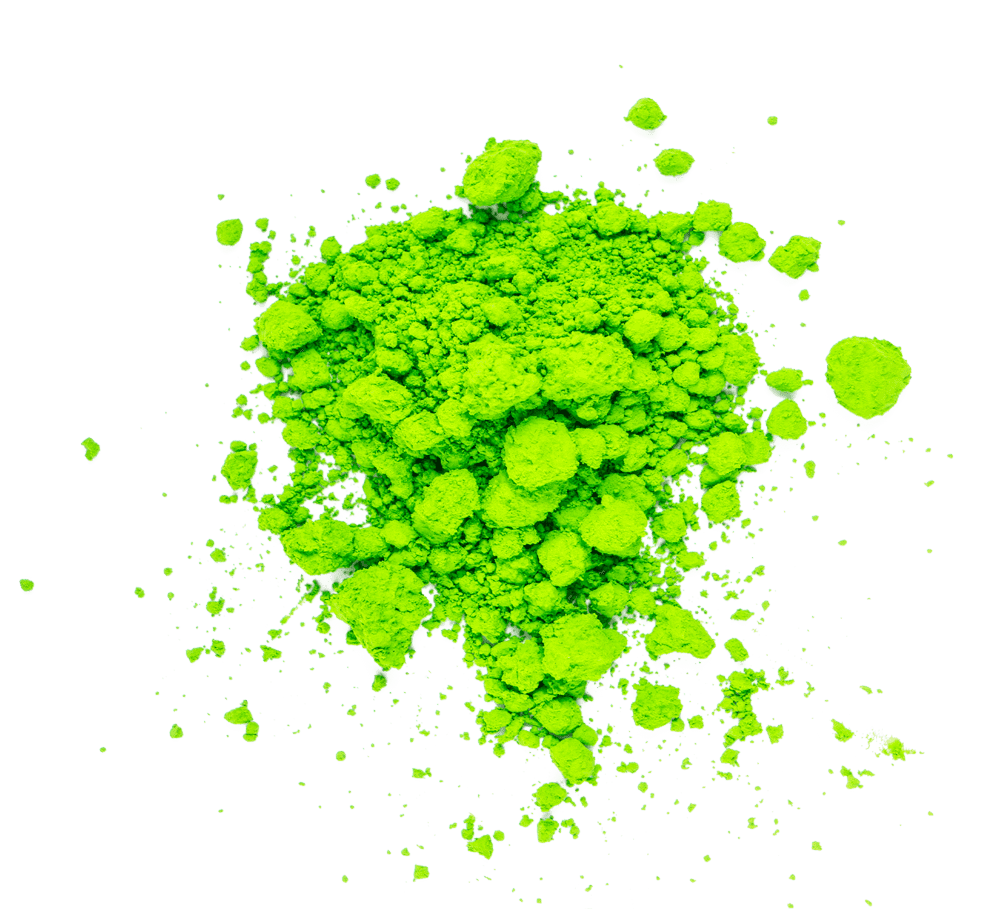